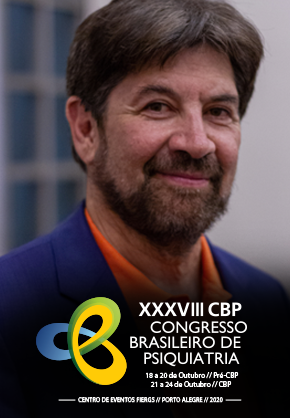 Dr. Mauricio Tohen, MD, DrPH, MBA is tenured Professor and the Chairman of the Department of Psychiatry Behavioural Sciences at the University of New Mexico Health Sciences Centre in Albuquerque NM, USA.

Dr Tohen was born and raised in Mexico City. He earned his medical degree from the National University of Mexico and his Doctorate in Public Health (Epidemiology) from Harvard University (1988). His postdoctoral training included a residency in Psychiatry at the University of Toronto (1979-1982) where he also obtained a DPsych (Diploma) in Psychiatric Research, and a fellowship at McLean Hospital, Harvard Medical School in Psychopharmacology (1982-1985). Dr Tohen also obtained an MBA degree from the Indiana University Kelly School of Business.

Dr Tohen was the Clinical Director of the Bipolar and Psychotic Disorders Program at McLean Hospital (1988-1997). In 1997, he joined Lilly Research Laboratories where he reached the senior most scientific rank of Distinguished Lilly Scholar. From 2009-2013 he was the Head of the Division of Mood & Anxiety Disorders and the Krus Endowed Tenured Professor in Psychiatry at the University of Texas Health Science Centre at San Antonio.

Among numerous awards, Dr Tohen received a National Service Award in Psychiatric Epidemiology from the National Institute of Mental Health (NIMH) and Harvard University. He also received a FIRST award from NIMH, the Pope Award from McLean Hospital, a NARSAD Young Investigator Award and in 2011 the Simon Bolivar Award from the American Psychiatric Association for outstanding contribution to education, research and overall achievement in Psychiatry and leadership in Hispanic Psychiatry. Dr. Tohen was President of the International Society for Bipolar Disorders (2010-2012) and President of the American Society of Hispanic Psychiatry (2014-2016).

In 2014 Dr Tohen was recognized in Thomson Reuter’s “The World’s Most Influential Scientific Minds, 2014”. Honorees were the scientists who ranked in the top 1 percent by citations of their published work in 21 broad fields between 2002 and 2012. Dr. Tohen is one of 100 scientists worldwide recognized in the Psychiatry/psychology category. In 2016 the International Society for Bipolar disorders awarded him the Mogens Schou award for Education and Teaching. he was selected as a 2016 NAMI Exemplary Psychiatrist. In 2017, Dr Tohen was recognized in expertscape as Top 0.12% Expertise in Bipolar Disorder Worldwide based in published articles from 2007-2017.

Dr Tohen’s research, supported by grants from NIMH, private foundations and the pharmaceutical industry, has focused on the epidemiology, outcome, and treatment of Bipolar and Psychotic Disorders. He has authored over 330 original publications and has over 35,000 scientific citations, with an average of close to 1000 per year. He has edited or co-edited five books including Mood Disorders Across the Life Span (1996), Comorbidity in Affective Disorders (1999), Bipolar Disorder: The Upswing in Research and Treatment (2005), Bipolar Psychopharmacotherapy (first edition 2006, second edition 2011), Psychiatric Epidemiology (first edition 1995, second edition 2003, third edition 2011) and Clinical Trial Design Challenges in Mood Disorders (2015).