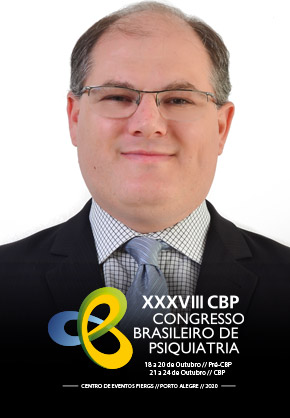 Dr. João Luciano de Quevedo concluded his M.D. in 1998, his residency training in Psychiatry in 2000, his fellowship in Psychopharmacology in 2001 and his Ph.D. in Biological Sciences (Biochemistry) in 2002, all from the Federal University of Rio Grande do Sul, Brazil.

After being Faculty for almost 15 years at The University of Southern Santa Catarina (UNESC) in Brazil where he hold several positions including Dean of the Medical School, he moved to the Department of Psychiatry and Behavioral Sciences, McGovern Medical School, The University of Texas Health Science Center at Houston (UTHealth) in 2014. Here he now serves as Professor, Vice-Chair for Faculty Development and Outreach, Director of the Translational Psychiatry Program and Director of the Treatment-Resistant Depression Clinic. He is also Professor at the Neuroscience Graduate Program, The University of Texas MD Anderson UTHeatlh Graduate School of Biomedical Sciences. He is still Adjunct Professor and Director of the Translational Psychiatry Laboratory at the Graduate Program in Health Sciences, at his former brazilian university, The University of Southern Santa Catarina. Dr. Joao Luciano de Quevedo also serves as Editor-in-Chief for the Brazilian Journal of Psychiatry.

He has been involved in research since 1994, while still in Medical School. As a medical student he was a research fellow in the laboratory of Prof.  Ivan A. Izquierdo, the most important scientist in Brazil at that time. In 1996 he published his first research paper focused on the neurobiology of learning and memory, area to which he devoted himself until shortly after the completion of his Ph.D. He was gradually shifting his research interest to the neurobiology of psychiatric disorders, particularly mood disorders. Dr. João Luciano de Quevedo became a specialist in major depressive disorder and bipolar disorder, both as clinician and researcher. As clinician he has been working with treatment-resistant patients managing complex differential diagnosis and personalized treatment strategies. As researcher he has been making important contributions in understanding the pathophysiology of these diseases as well developing experimental treatments that can be used in the clinic in the near future.