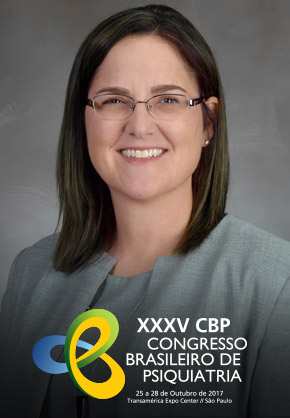 Dr. Louise McCullough is a physician-scientist who is examining the differences of sex and age in stroke and recovery. She received her PhD in Neuroscience from the University of Connecticut and her Medical Degree from the University of Connecticut School of Medicine. After graduating from medical school, Dr. McCullough continued her training at Johns Hopkins in Baltimore, Maryland for a Neurology Residency followed by a Fellowship in Cerebrovascular Disease.

After completing her training, she joined the faculty at Johns Hopkins Hospital and began her translational research career. Dr. McCullough relocated to Connecticut in 2004. She was a Professor in the Departments of Neurology and Neuroscience at The University of Connecticut Health Center and John Dempsey Hospital in Farmington, Connecticut, as well as the Director of Stroke Research and Education at Hartford Hospital, one of the largest stroke centers in New England. She recently relocated to the University of Texas Health Science Center at Houston and is currently Professor and Chair of the Department of Neurology and Chief of the Neurology Service at Memorial Hermann Hospital-TMC in Houston.

An energetic investigator, she is well recognized for her work in cerebral vascular disease and is known for her research identifying sex differences in cell death pathways during stroke, which are now recognized as major factors in the response to an ischemic insult. Her laboratory also studies aging and inflammation, and how these factors influence recovery after stroke. She has been funded by the National Institute of Health and The American Heart Association for her research and has published over 150 papers. She is certified by the American Board of Psychiatry and Neurology and has subspecialty board certification in vascular neurology as well as vascular ultrasound.

Dr. McCullough is a well-respected educator who is passionate about mentoring students and nurturing junior scientists. She is a member of eight professional societies, including the Society for Neuroscience and the American Academy of Neurology. Dr. McCullough is the recipient of many honors and awards, and has given numerous presentations both nationally and internationally. Dr. McCullough is also an active clinician, and she has been recognized as one of America’s Top Doctors for the past eight years.